It’s Time to Fix the Crisis of Confidence on Privacy 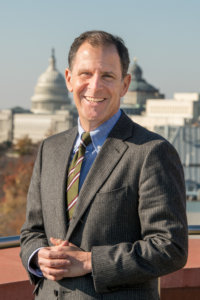 Online privacy. We all want it. Now we need a federal law to deliver it.

Congress is stirring on the issue, and everyone — from consumers to technology companies to the capital markets — should be heartened. Hearings will be held this week; proposals are forthcoming. It is imperative that all parties show up to the table ready for thoughtful discussion in order to drive this timely effort home.

After years of negative headlines and compromised consumer data it should be a non-partisan no-brainer in Washington that consumers deserve strong, consistent data collection protections online, regardless of what kind of company we interact with online.

While Captain Obvious has reported for duty when it comes to consumers’ clear stake in the privacy debate, not enough has yet been said about why effective legislative action should be equally important to the companies that would be required to abide by these new federal rules. Nor have we yet fully explored what’s at stake for the U.S. economy as a whole.

It has long been argued that technology companies — as much as anyone else — need clear and legally sustainable rules of the road. For our part, broadband providers strongly support consumers’ desire for a consistent and fair national privacy law. It’s a core expectation of our customers and an essential bulwark of consumer confidence in the digital economy. In fact, in a recent Harris poll, people were asked what should be among the top priorities of U.S. companies beyond growing the economy. Protecting consumer privacy took the top spot, besting even healthcare (65% to 61%).[1]

So, consumers clearly want fundamental protections over their information. Similarly, all good actors that do business online — whether they exist on the edge or core, or as a platform for our internet, should appreciate the merits of federal rules of the road. After all, if there’s a bright line on that interstate, then it’s easier for everyone to know where they can safely drive.

In the absence of federal leadership, states often feel compelled to fill the policy void. This is an understandable impulse, but ultimately it is counterproductive for their constituents because it encourages uneven rules and inconsistent protections. A state-by-state privacy patchwork also undercuts our nation’s economic and competitive prospects at a time when the “digital” drivers of our economy are growing at nearly four times the rate of the economy overall.[2]

Our economy is vulnerable from a global perspective as well, as U.S. companies take steps to comply not only with California’s privacy law (and other inconsistent state laws on the horizon), but also the European Union’s privacy behemoth known as the General Data Protection Regulation (GDPR). So, all eyes are truly on federal lawmakers to strike the right balance between two equally important consumer imperatives — that personal data not be misused and that the connected world can continue to innovate at a mind-blowing, life-transforming clip.

It’s a rare day when companies themselves are clamoring for more regulation. But that’s where we are now. The broadband industry believes there needs to be a national law — one in which Congress sufficiently empowers the nation’s consumer watchdog — the Federal Trade Commission — to do the job right.

With divided government in the House and Senate, this effort by necessity must be unifying rather than partisan. That process should help buff off the extreme edges of any proposal — giving us all something at the center that works.

Whether your priorities include empowering consumers, growing our economy, closing the digital divide, boosting the impact of tech innovators, or all or some of the above, there is one path forward we can pursue together: Pass a meaty, modern and national privacy law — and give it real teeth.

Note: This piece originally appeared on Medium. You can view it here.