Tell us about Blackfoot Communications.

Blackfoot is a leading regional provider of voice, data, cloud and IT services throughout the Intermountain West and Pacific Northwest. Headquartered in Missoula, Montana, we started as a 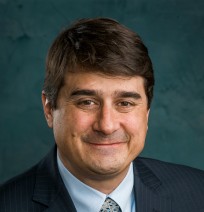 telephone cooperative in 1954 providing voice service to all the small towns covering more than 5,000 square miles of rural, western Montana. Over the last 20 years, we have aggressively grown our CLEC market presence by deploying countless new products and services via fiber, fixed wireless and advanced copper technologies to small, medium and enterprise-sized business throughout Montana, Idaho and now the region. Over the last five years, we’ve acquired two other broadband companies, expanding our ILEC service territory into Eastern Idaho. Today, we provide data and voice services to some of the region’s largest businesses, including multi-billion dollar banks and national healthcare systems as well as providing tower backhaul to the country’s largest mobile wireless providers.

What unique challenges does your company face while serving customers throughout Montana? Blackfoot covers a pretty big service area.

The rugged and remote nature of our service territory creates many challenges. Our construction season is short. This year, we couldn’t get plows in the grounds until things thawed out in early May. But by mid-July, our construction days had to cease by 1 pm due to restrictions on operating heavy equipment in the afternoons as a result of Montana’s unprecedented wildfire season.  Another challenge is the “digital divide,” which for us is truly in the economic sense. We can get broadband to virtually all of our customers, but many of them live in lower economic areas making broadband affordability an issue. Over the last year, we’ve been looking for ways to make broadband more affordable as well as making our products more responsive to what our customers want and need.

You’ve been active voicing concerns about the FCC’s 2015 net neutrality rules. Why do you think it’s important for Congress to act?

Blackfoot is very purposefully transforming itself from a telecommunications provider into a technology company. We are focused on developing products and services that make it easier for our customers to communicate, collaborate and compete. The FCC’s 2015 net neutrality rules are effectively a boat anchor, slowing our ability to evolve into a tech company. I’m delighted to see Chairman Pai has developed a plan to revamp these rules. I cannot thank him enough for his leadership on this issue. That said, we run the risk of a “ping-pong” effect in the future, so I still believe that Congress should take a holistic approach when it comes to net neutrality and statutorily place everyone on a level playing field.

You recently announced plans to expand a network upgrade to two communities in the north western part of Montana next spring. What goes into a decision about where and when to do these sorts of expensive upgrades?

Blackfoot elected A-CAM USF support. The certainty and stability of model-based support along with the FCC-specified build-out obligations have us focused on delivering the best broadband experience to as many of our rural ILEC customers as possible. The regulatory certainty provided by the FCC on USF has given us the ability to invest with confidence. Over the coming years, we plan to replace thousands of miles of old copper plant with fiber.

What are two websites that you can’t get through the day without checking?

I have recently been turned on to Quartz. They have an outstanding app—it gives me just the right amount of news throughout the day. The other app/website I check every day is for my fantasy football league, although I’ve been checking it less often over the last few weeks as my team’s performance has not been what I had hoped!